Although she travelled with the official Jazz Bands to local parades and carnivals, she really focused her camera on the 'toy bands' in the back lanes who were not accepted into or could not afford to be in a band. The charm of the 'toy bands' to Tish was that she felt these kids used their imaginations to the same extent as the official bands denied it! They clubbed together to create their own equipment from unwanted household items. They would use an old tablecloth for a banner with their chosen name drawn on - held up with old broom handles, use old pans as drums with the lids for cymbals and then practise fiercely. At the time Tish was photographing, Newcastle was undergoing massive changes and houses and neighbourhoods were being demolished all around - a fitting background to the anarchy of the 'unofficial' jazz bands.

The exhibition caused quite a strong reaction locally. Responding to the controversy at the time, Tish said "Having observed the growth of these bands throughout my childhood, I feel I'm entitled as the next person to draw my own conclusions based on these experiences, and I find the photographic medium a suitable vehicle for their expression."

Once the Juvenile Jazz Band committees saw the photos and her comments, they were furious and a lobby swung into action, swamping the local press with letters in denunciation of "The Demon Snapper". In response to this my Mam invited people to a public debate on the subject which was also documented in the local press. I will be using some of these press cuttings and text by my Mam to really add the 'essence of Tish' to this book.

Juvenile Jazz Bands is available in the same limited edition hardback format as Youth Unemployment and Elswick Kids and they will form a brilliant trilogy of her work in Newcastle.

You can read more about this in the Independent and the Chronicle. 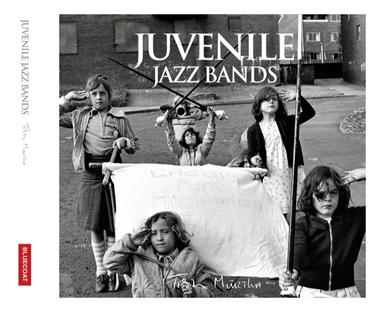 I'm so happy that I have made a third book of my Mam's photographs with Bluecoat Press.

Although this is book number 3,  Juvenile Jazz Bands was actually my Mam's very first exhibition and an important part of her story. The series was made while she was employed through a Youth Opportunity Programme at Side Gallery in Newcastle and shown there in 1979 before touring.

Juvenile Jazz Bands were a bit of a phenomenon in the North East and also around the country in places like the Midlands and South Wales. Tish didn't like them at all! She felt they were militaristic and harmful to their young members - only teaching them to walk in a straight line and, to her horror, didn't actually involve any jazz music.