Elswick Kids contains an essay by Mark Richards who is a freelance writer, photographer and museum consultant. He has spent most of his career working with museums and galleries in the U.K. and internationally. He has a particular interest in the history

of photography and its use as a medium for social change.

The book will also include the beautiful prose poem Flock written by Lisa Matthews who is a poet, Creative Writing scholar and collaborative artist. Her fourth collection of poetry, Callisto, is her first made entirely of prose poems. Callisto was published by

Red Squirrel Press in May 2018 and has been described by Gillian Allnutt as “a courageous book, clear-eyed, unflinching”.

Lisa was born and raised in Benwell, in the West End of Newcastle.

To find out more about Lisa and her work visit her website: poetryfold.co.uk. 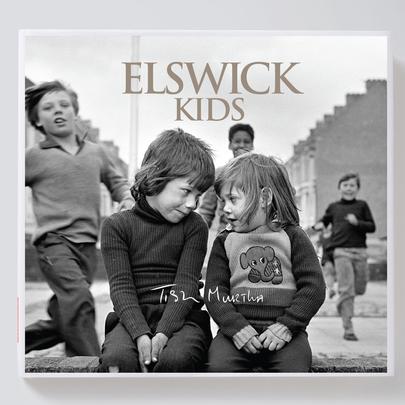 Following a successful Kickstarter campaign in October 2018, Elswick Kids is now available via Bluecoat Press and Amazon as a limited edition hardback book - I also have a limited amount of copies which I can sign if required, use the contact page for more information.

The pictures of the Elswick kids came before Youth Unemployment, and while it was never an exhibition, and there is no text from Tish, they were obviously very important to her, and that makes them important to me.

I feel the series is strong enough to stand alone, and deserves it's own book. I have chosen pictures for this book that move me, some to tears, some to laughter, but definitely invoke strong emotions, and memories of my own childhood.